Posted by Bud Digest on May 9, 2021
Posted in: North Carolina Marijuana News. Leave a Comment 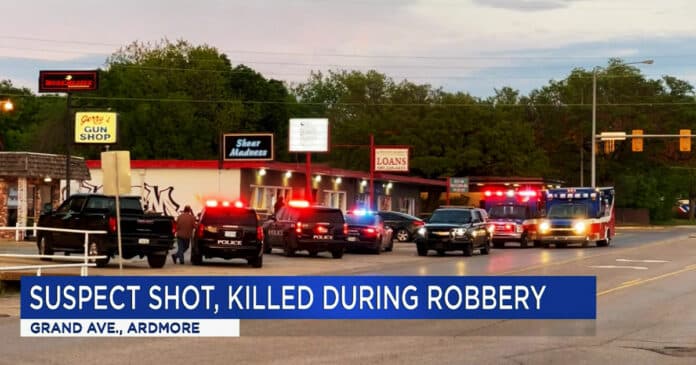 A man attempting to rob a dispensary in Ardmore, OK., was shot dead by one of the store’s employees.

The suspect went into “The Highest Choice” dispensary, brandishing a weapon before proceeding to take products from display cases. An employee then grabbed a gun, confronting the robber before shooting and killing him.

The robber was not identified but officers found his car with a passenger, Melissa Love, and arrested her on charges of conspiracy to commit robbery.

Depending on the store, products are generally replaceable or in some cases insured. Deadly force is not the end to all means, but in a store as one mentioned here, security measures could be in their own hands. Certainly, the suspect is a threat with brandishing his weapon, but was he directly threatening the life of a customer and/or employee? Seeing as though this is in Oklahoma, it would not be surprising to find guidelines are laxer when your store is being robbed, and it likely helps more in a less commercialized store so to speak.